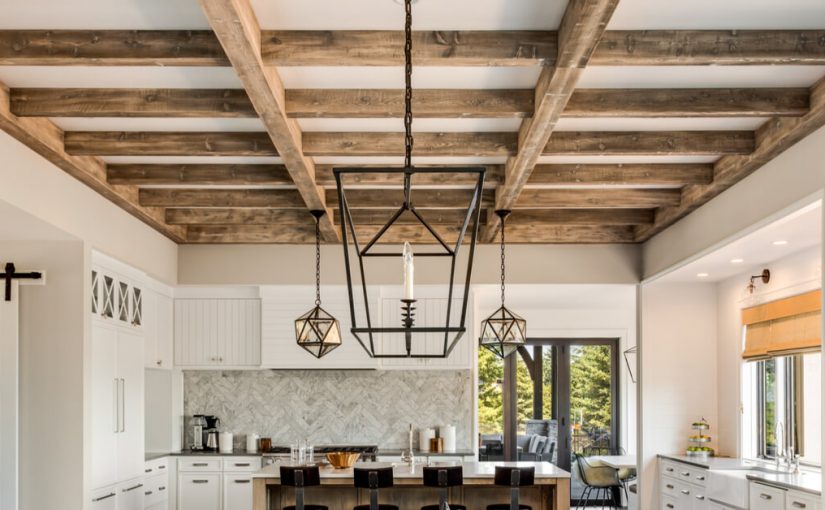 Exposed Rafter Beams Ceilings: Why They’re Back and How to Get Them

No matter how modern home design becomes, there will always be a yearning for a touch of old-world charm. Some opt for natural wood tones. Others prefer a more traditional floor plan. These are superb options. Still, a sure-fire way to obtain a traditional coziness is with exposed rafter beams. But why are exposed rafter beams so appealing, and how can you achieve them? 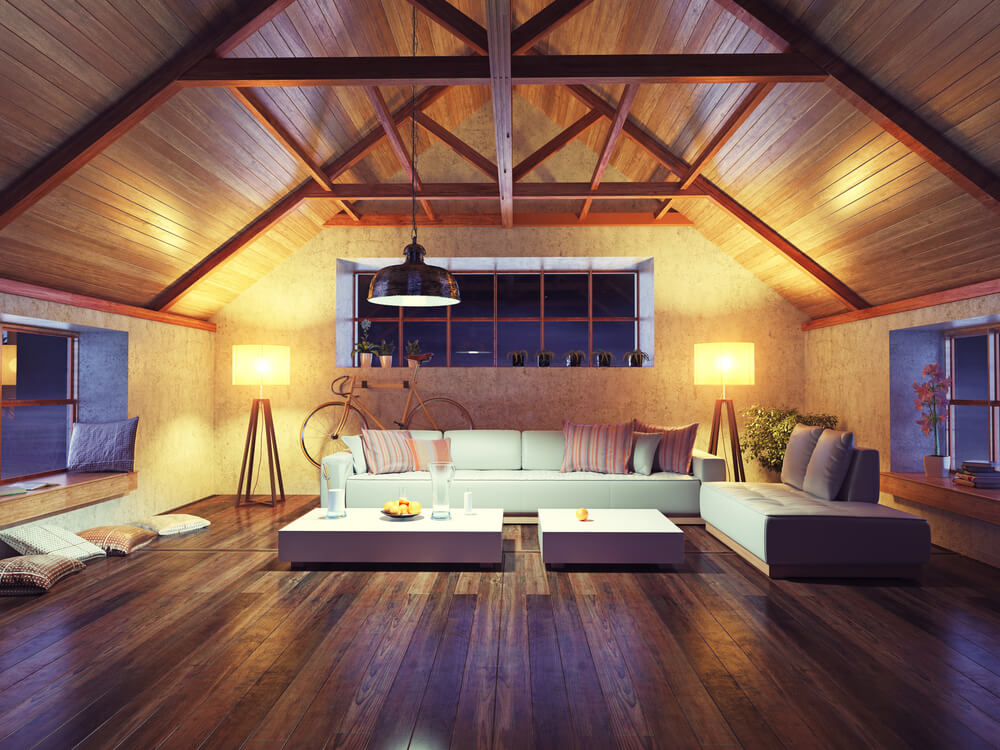 Believe it or not, those massive beams overhead in many homes were not originally there to give off a rugged, architectural aesthetic. Many are there to hold up the house! Before the advent of modern HVAC, raised ceilings were less about making a room feel more substantial in traditional homes than they were to supply a place for heat to go during the warmer months. The heat in a room only rises as far as the ceiling will let it, making raised ceilings a must for homes in places with brutal summers. With exposed ceilings comes exposed framing. This framing not only held up the roof of the house, but also the weight of the upper floors.

As the residential HVAC systems became more common, the need for higher ceilings mostly went away. Instead, homeowners sought to keep their energy bills lower. Lower bills also meant lower ceilings as a means of causing air conditioners and heaters not to exert as much energy altering the temperatures of the headspace. As ceilings came lower, exposed rafter beams became covered by sheetrock, plaster, and other materials.

Don’t Call it a Comeback

So, why have exposed rafter beams made a return to interior design? Simply put, insulation has gotten better and cheaper. While, yes, a homeowner can expect to pay more in utilities to heat or cool a come with expansive ceilings, innovations in home and window insulation have significantly reduced the price of regulating the temperatures of high-ceiling homes. This increased insulation efficiency has led to new home construction that features open ceilings with exposed rafter beams.

But what about ceiling beams in interior design? 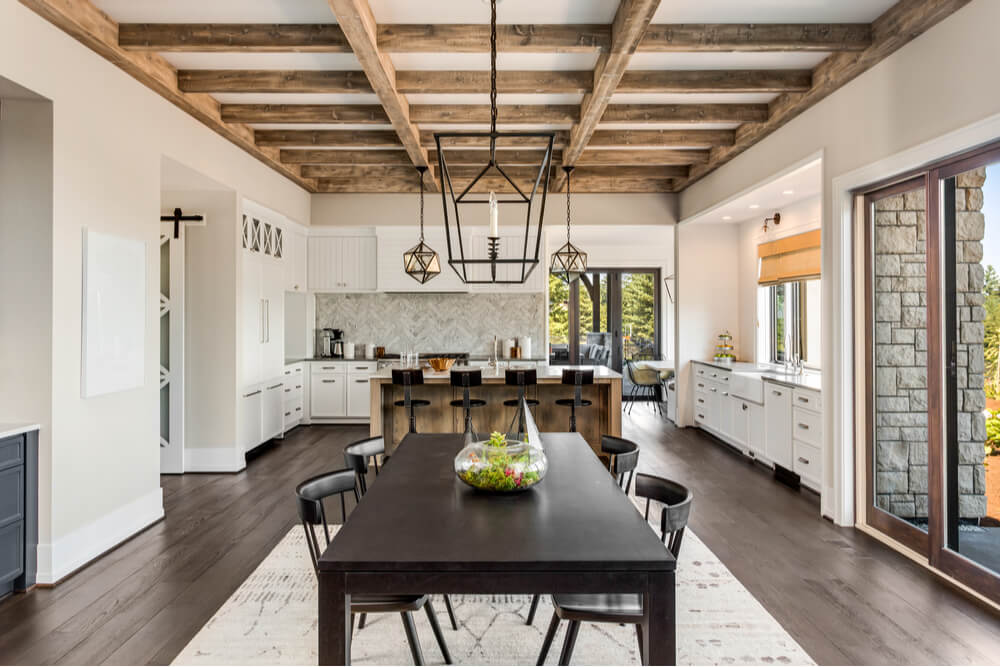 The cozy charm of exposed rafter beams has inspired home renovators or those building new homes to consider exposed ceiling beams solely for decorative reasons. There’s only one problem for many of them—the frame of their homes don’t require such beams. For this reason, some have opted to install overhead beams purely for their aesthetic appeal. These beams can add the cozy kitsch of a log cabin getaway in any lower-ceiled room as much as they can in living rooms with raised ceilings. It’s never been easier to achieve the best of both worlds—modern construction and old-world charm from exposed rafter ceiling beams.

Whatever You Want—It’s Your New Home Construction

Trying to fit your design preferences into an existing home can be difficult. For this reason, many have opted to custom build a new home to their specifications. If this sounds more up your alley, the home construction professionals from Perry Hood Properties can help you design and build the home of your dreams in the Greater Tulsa, OK area.